I’m listening to the new Mount Eerie record, with a coffee, as I always do. It opens with one of the things I love about Mount Eerie, a self-referential call-back to a song from a long time ago (Let’s Get Out Of The Romance, Singers, 2005).

I heard that song first when I was going through a post-university fug of disquiet and uncertainty; indecision and lack of direction led to a retreat to my own self, and imagined self/ves. Of adventure, standing stridently at the edge of rocks, lungs full of air, Wanderer Above the Sea of Fog and all that. Not in a tiny duplex flat above a nail-salon or insurance broker, surrounded by notes from books I – perhaps three other people – have read and temporarily cared about. The song kicked me in the shin, mocking haughty escapism and avoidance; a loving plea to re-engage with the world.

It’s an ongoing refrain in my head, low-key mantra, and a constant reset function to avoid the hazy, opaque aloofness that can be intoxicating and destructive. Some times, it is more successful than others.
—
nb. This is not the first time this song has been revisited by Mount Eerie; it also crops up beautifully in Flaming Home on Lost Wisdom (2008).

Whilst waking up, I watched this old video of Christopher Hitchens talking about the moment Saddam Hussein seized power in Iraq. Not through a junta or fixed elections, but through simple peer pressure. By torturing one person, and forcing them to implicate those that might go against him – Hussein purged Ba’ath. The paranoia of false-but-inarguable-accusation created complaisance and blind allegiance. Hussein sits, nonchalantly smoking a cigar, as people are removed one by one. It’s genuinely terrifying in its simplicity and absolute success: it only took the torture of one person to steal a country. Vague handwaving gesture towards the current trend of uncritical loyalty.

I cheered myself up from that ten minute trauma by watching early-70s Buddy Rich being a sassy prick, all combed hair and turtleneck.

Despite that, the Hitchens clip held a small cloud overhead for much of the day. Yesterday, I was enjoying the idea that while there’s a consensus people are predictable – outcomes generally fulfil existing patterns – they are also prone to chaotic behaviour. People always have the essence of a statistical outlier, to be able to throw a cherry bomb into a situation or create their own multiball environment, to Begbie a snooker hall.

Sadly, when that chaos comes into play, people grab onto the nearest solid thing – for right or wrong. Certainties are emotionally better than grey areas, even if ambiguity has more opportunity. 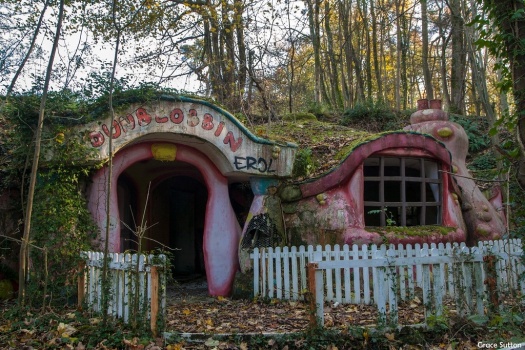 – Mr Blobby’s house was called DUNBLOBBIN and I can’t get that out of my head.

– Enjoyed being shown the different sets of buffs used for types of spoons.

–   The Abandoned History Of Crinkley Bottom/Blobbyland

Slow to start and never quite got going today. My arm woke me several times during the night (barely making 10% of deep sleep, according to Fitbit). Aching heavily after the hydrotherapy physio session; I’ll take this as a positive that it’s pushed me further than I was doing alone.

I started on the ‘wheel of life’ – scoring, assessing, evaluating and addressing different corners of life. A pleasantly straightforward process, it is designed for quick introspection and easily brings the answers you already know to the surface.

What’s wrong with this?
Why’s that important?
What can you do to be happier with it?

I managed to make it through three of the ten areas before my arm cried and I had to let it be. It’s sadly out of practice in handwriting, which is the best way for me to engage with these activities. Action. Summarisation. Commitment. Remember. Tactile learning, and all that.

I did this exercise at the University’s library, a wonderful modernist building, originally opened by TS Eliot. It celebrated sixty years of existence by closing all summer for refurbishment at the exact moment that I got an alumni membership. The building evokes the romance of mid-twentieth century further education; softer but still dominant, aspirational and hard-working, tall stacks of obscure journals, triple height windows with glorious drapes. I sat on a mezzanine in the main room and did not feel a sweep of nostalgia for the times reading and re-reading Terence Rattigan plays or staring horrified at a potential life as an academic. It was pleasant, despite how amplified the silence made everyone’s bodily noises.

There was also a Barry Hines (Kes) exhibition, which featured some neat anti-nuclear pamphlets: 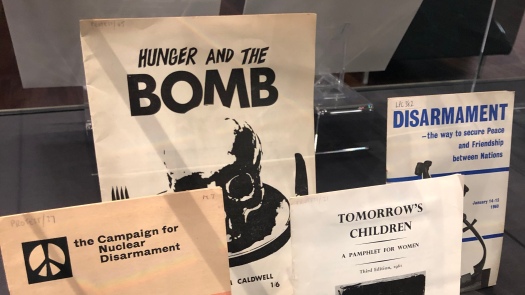 I recently received the UE book that Unit Editions put together. It was originally planned to be released to celebrate a decade of UE, but ended up being released midway through the fifteenth year. It is nearly a year since I left – a nice point in time for reflection. A healthy point where it’s not about unpicking, post-mortem or should-have-done-betters, but to look at what actually came to exist and my (very crucial role) in lots of it. It’s also nice to be able to point at five years of my life (2014-end 2018) litho printed in fluoro salmon, and hardback bound, RRPing for £75.

I am going through this process of reflection anyway. A year into a different yet related industry, a different yet similar position – and six months away from the conclusion of the programme I lead. Consider and define what’s next. Questions to be asked, always. What did I enjoy? Where did I excel? Where did I improve things? How? Is that what I want to continue doing? If not, then – here are many other questions to explore, lists to make and truths to pronounce.

In the past year, I have been actively (I would previously have said ‘aggressively’) trying to be kinder to myself. In my working life: to balance achieving top quality work without the aches of burnout; in my personal life: to do things without making them a project in themselves. To have some rubbery-ness, greater fluidity, create space for criticism that isn’t going to kill whatever it is I am trying to do. To have more ‘unoptimisable’ time. To be physically engaged and not wrapped and/or rapt in my own head. To be shit at some things. To be present.

Nothing makes you more physically present than slamming your body full force into concrete because you’re shit at skateboarding, but there you go – hobbies are interesting. Break bones and find yourself floating in a hydrotherapy pool with other people trying to regain movement in their joints. A new experience for me.

I have spoken to a few friends about their processes of reflection – either professionally framed, or simply checking in on themselves. I am not trying to solve this on my own for a change, and this feels positive to me.

On the advice of one, I am re-engaging with journaling; I am also going to publish some – if not all – as a means of self-accountability. This feels like it can’t be optimised, even if it has some implicit goals attached to it (personal records, truths, interpretations, trends). 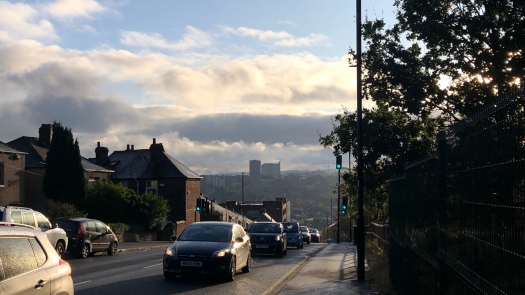 This is my captain, and this is how I see him.

Tall. Traditional silhouette. Barrel-chested with tankard-ears, the crows took his hair long ago.

Wisht lads. Filling the room with a bar-room thunder of the Lambton Worm, swaying everyone through will. Cowing all in a stony, physical silence when the mood takes, as it often would.

Power grown from a lifetime at sea; a life of ports and cigarette cards, matchstick ships and ambassadors. The blue star flying on the red flag. Foreign at home, the rocking anchor sleeps with a two-finger measure and black cat sharing space on the stock.

Leaving with a crushing handshake – even to a child – as he slips out to sea, or to meet the other men with their briefcase, square and compass. Is that where you keep your drink?

This is my captain, and this is how I don’t want to see him.

No longer proud of the spare room in his waist band. Smaller now, quietened by a large day; winded and thin.